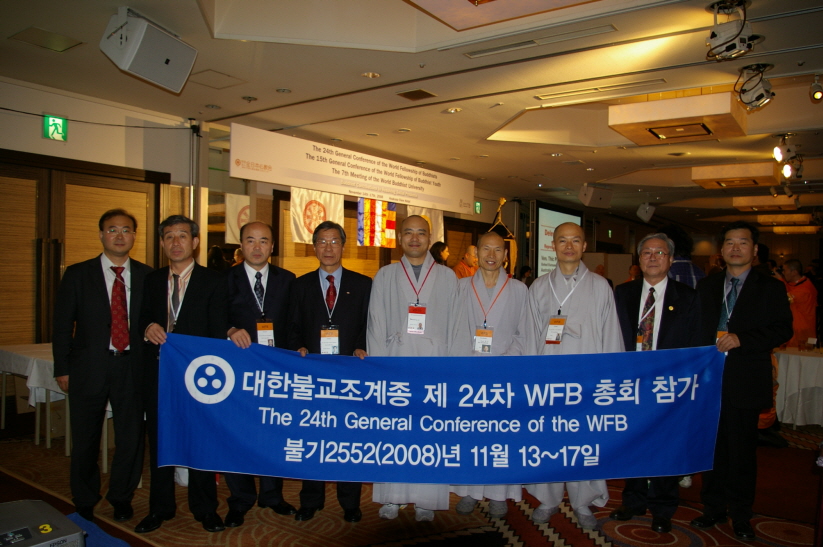 The 24th General Conference of the World Fellowship of Buddhists (WFB) was held November 14 to 16 at the Asakusa View Hotel in Tokyo, .  At this year’s conference, there were over 400 participants from 62 countries.  From the Jogye Order, Ven. Jaekyung from the Department of Social Affairs, Ven. Jinwol from the International Relations and Exchanges Committee, and Lee Chi-ran attended.  Ven. Jinwol has been re-elected as a board member of the WFB.  He will contribute greatly in relaying Jogye Order’s viewpoint in the world Buddhist community.

The WFB was established in 1950 in .  It is pan-Buddhist organization with 146 member countries.  has participated for 56 years since the fourth conference in , attended by Ven. Chungdam.  The Jogye Order became an official member at the 22nd conference in , 2002.

The theme of this year’s conference was, “Buddhist Contributions in Resolving Social Problems.”  On November 16, “Prayer for the World Peace” took place at Sensoji Temple . 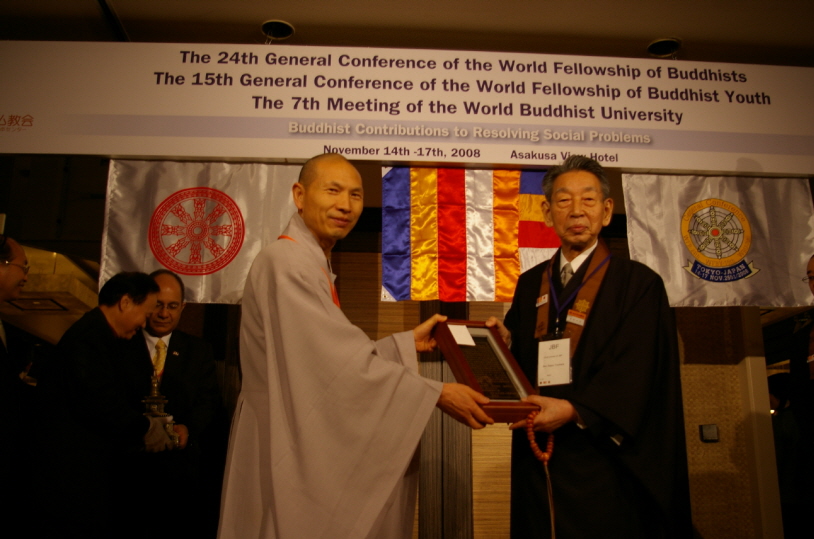 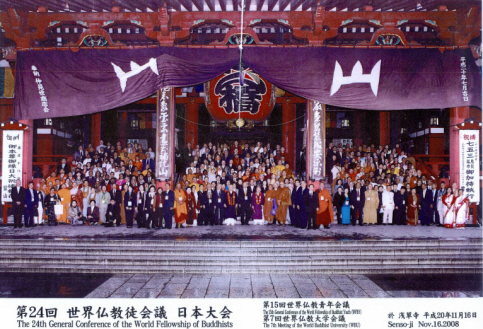