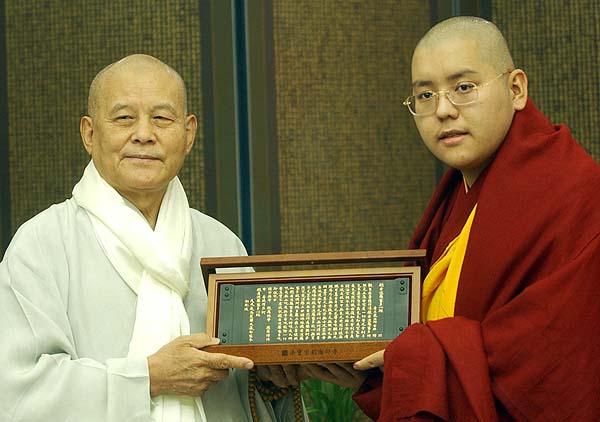 Ling Rinpoche said it was wonderful to see that the long tradition of Korean Buddhism and culture has been well sustained.  He added that it would be good to work together to uphold the teachings of Lord Buddha.

Ling Rinpoche will teach at Tongdosa Temple on Sunday, November 30 on the Avatamsaka Sutra.  This visit is about two weeks in length.  This is the fifth visit to for Ling Rinpoche.