(Photo:  Commemorative Photo after the Opening Ceremony on March 28 in Wuxi, China)

The opening ceremony had a video presentation, prayer ceremony, and speeches from national representatives.  In a special ceremony, water from Korea, India, China, Taiwan, and other nations, were added together to symbolize that we are all disciples of one Buddha.

The President of the Chinese Buddhist Association Ven. Yi Cheng said, “This World Buddhist Forum is not only a cooperation of Chinese and Taiwanese Buddhism, but a festival for the world Buddhism.”  He continued, “I hope that this forum will achieve results according to this year’s theme.”

Du Qinglin, Vice Chair of the National Committee of the Chinese People’s Political Consultation Conference said, “Only through equality and mutual respect and cooperation can we overcome the various current difficulties in the different places of the world and achieve world peace.”  He continued, “I strongly believe that the Buddhism of tolerance, magnanimity and human equality will carry out this role with compassion.”  He also wished for the success of the forum.

Ven. Jikwan, the Head of the Jogye Order said, “The theme of the 2nd World Buddhist Forum follows flawlessly the meaning of “Botaseon” discourse from the first forum.  The precious wisdom gathered in the discussions from the world Buddhist leaders, will be a milestone for world security and peace of humankind.”  He continued, “This is an extremely dark and painful time for humanity.  To overcome this, we must constantly go forward on the great ocean of interdependence, and with sympathy and consideration for suffering humankind, apply great compassion and great action.”  “To make peace by realizing the true meaning of interdependence is first step in living together and succeeding together.  This is not easy by any means, but it is the task at hand.”

Chuntae Order’s Head Ven Jeongsan said, “The point of this conference is to apply non-duality, which means oneness not two.  Only this teaching will save beings from foolishness of a lack of realization.  This teaching will also guide beings to happiness, peace, and harmony free from conflict and war.” 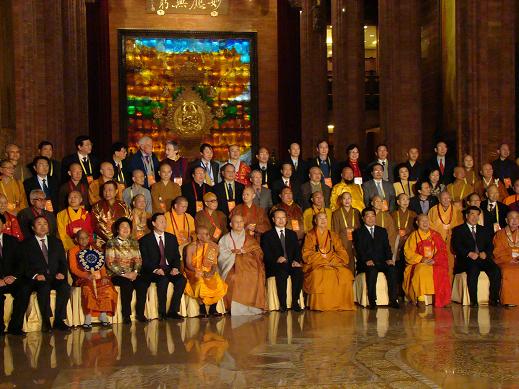 Jia Qinglin, Chairperson of the Committee of the Chinese People’s Political Consultative Conference said, “There is no doubt that Buddhism, which is one of the world three major religions, will greatly contribute to the advancement of world peace and civilization.”  He added, “The Chinese government hopes that through this forum, the inter-exchange within the Buddhist world will increase and develop.  We wholeheartedly support the World Buddhist Forum.” 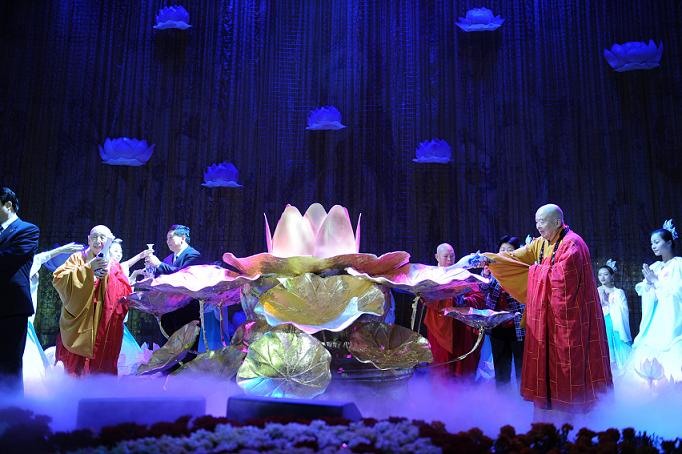 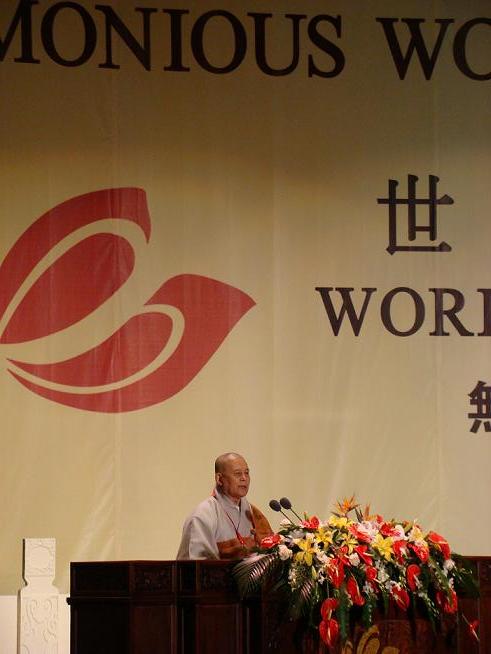