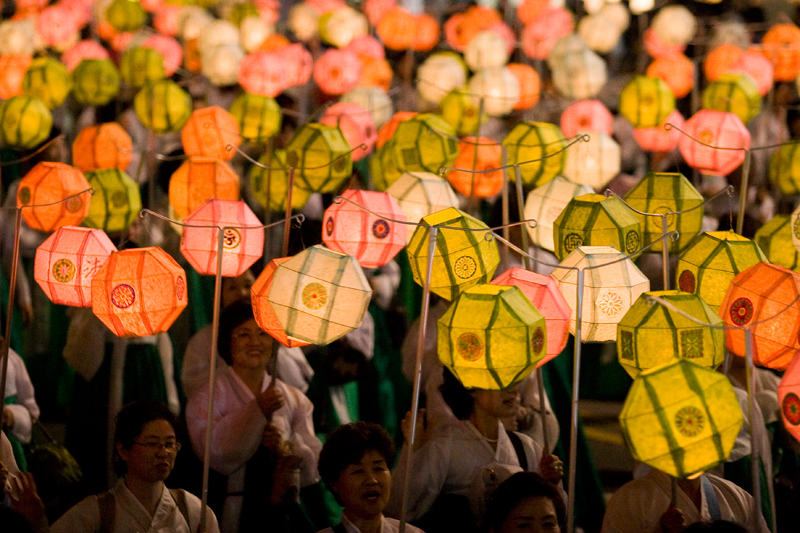 Buddha’s Birthday is the day that Lord Buddha came among us.  He came among the masses and crossed the ocean of suffering.  He was an ordinary person with great compassion.  He endured for an endless time and became the Buddha.  He is the most venerated in the world.  He is called the “world honored one.”  He postponed Nirvana, which took countless eons to achieve, in order to return to our suffering world.

I rejoice in and praise Shyakamuni Buddha, who has returned to us after spending an eternity with suffering beings.  I rejoice in and praise Shyakamuni Buddha for his immeasurably great love and sacrifice in forsaking the safety of immortality to return to the ocean of birth and death.  All the Buddhas of the three times came to be by giving rise to Bodhichitta, the altruistic intention to save all beings.  Thus, the ocean of suffering is the home of all the Buddhas.  Buddha’s birthday is not just one day of the year.  Any day that Buddha appears is Buddha’s birthday.  When the fire of desire turns into the stream of generosity; when the flame of anger turns into the cloud of compassion; when the sharp edge of opinion turns into the flower petal of wisdom to fill all of space; in all these seasons, the Buddha takes birth.

The news of today makes us feel insecure.  Lord Buddha explained that the state of existence is unstable, and that only through courage and harmony can the storm of insecurity can be calmed.  With the tradition of compassionate and sensible harmony, humanity managed to live with self-respect and dignity.  However, after modernization, blind industrialization and violent capitalism have harmed world stability and increased anxiety.  The storm of ignorance arising from our three poison of hatred, desire, and confusion has returned to endanger humanity and the world as a whole.

To all the respected 20 million Korean Buddhists and members of the monastic Sangha!

You cherish heaven and earth as a Buddha pure land; revere beings and neighbors as the manifestation of Buddha; and inherited the tradition of compassion and wisdom.  You are of utmost importance in the 1700-year-old Buddhist history.

We cannot promise an end to the afflictions of the world.  We cannot find any place that is not part of the ocean of suffering.  We must simply accompany suffering beings with a prudent heart and compassionate action.  We must go forward with one intent by the sail of infinite compassion and unbiased empathy, with an open mind like space, without resting, and with great diligence.  The Buddhas, who have arisen from the ocean of suffering like the lotus of great compassion, now foretell of the Buddhas to come.  Fellow Buddhists, who live for suffering neighbors, are the future Buddhas!