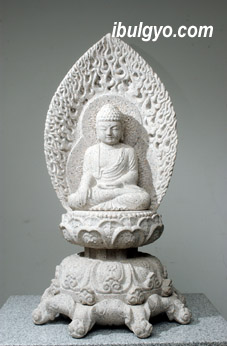 The committee of the 21st National Buddhist Art Contest (Chairman, Ven. Jikwan, Executive Director of Administration, the Jogye Order of Korean Buddhism) announced the winners of the contest.

Total numbers applied to the contest were 150 including 97 paintings, 23 sculptures, 30 handcrafts. Total of 54 prizes were awarded, and they were: 1 grand prize, 3 the highest honor prizes (including 1 special prize of the Minister of the Ministry of Culture and Tourism), 3 honor prizes (including 1 prize of the Director of the Bureau of National Cultural Property), 6 encouraging prizes, 12 special prizes, and 29 winning prizes.

The grand prize was awarded to the sculpture of "Shakyamuni Buddha" by Nam Jin-se. The material of the work of the grand prize was not the finest quality and the size of the work was rather small, but the expression of homely faith and the coarse beauty of the work were first-rate. The Buddha statue with a compassionate smile sat upon the lotus pedestal, eight protruding ornaments supporting magnolia, the embracing leaves underneath, and octagonal pillars between the lotus flowers were also superb.

The highest honor prizes were awarded to the painting of "Shakyamuni Tripartite Buddhas" by Lee Kyeong-ah and the handcraft of "Twelve-angled Great Dharani Tea Table" by Kim Song-ja. Special award of the Minister of the Ministry of Culture and Tourism, equal to that of the highest honor prize, was awarded to the painting of "Arhat" by Yun Shin-ah.

Honor prizes were awarded to the painting of "Noh-sa Bul-doh" by Jeon Mi-hyang and the sculpture of "Wooden fish-shaped Drun" by Soh Jeong-sook. There was no honor prize in the category of handcraft. The special award of the Director of the Bureau of National Cultural Property, equal to that of the honor prize, was awarded to the "Rosary Case witrh Flower Design" by Jang Chae-won.

Six encouraging prizes were awarded to the paintings of "Ten Ox-herding Pictures" by Kim Eun-ok and "The Vulture Peak Assembly" by Ye Jeong-hwa; the sculptures of "the Blossom of Buddha-mind in the Lotus Pond" by Roh Jeong-yong and the "Wooden Statue of Medicine Buddha" by Kim Pyeong-ki; and the handcrafts of "High Resolution" by Lee Cheong-sil and a "Frame of Buddhist Color Painting with Letters" byYun Mi-seong. 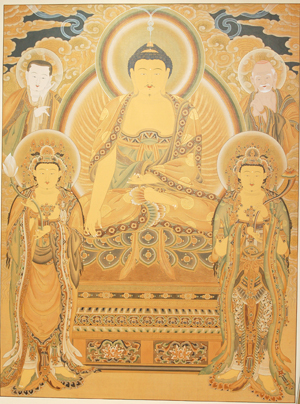 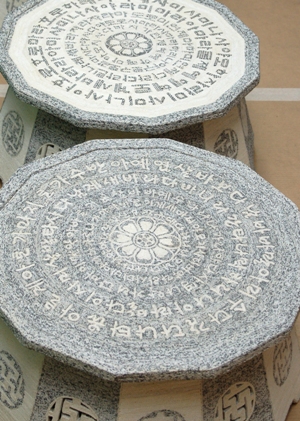