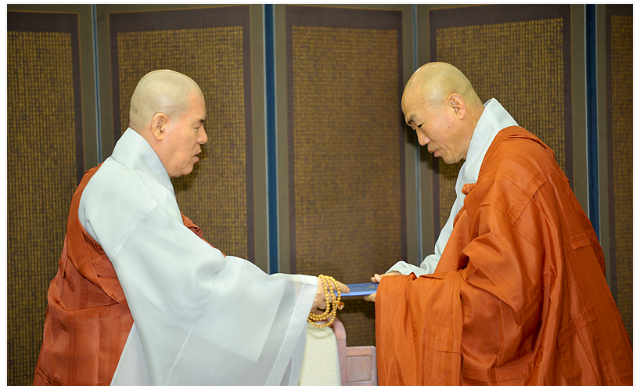 The operation of the affiliated organizations of the Jogye Order Headquarters regarding long-term plans, such as the Resolution for Introspection and Reform Committee, the Jogye Order Institute for the Study of Buddhism and Society, the Public Forum for 100 Four-fold Community Members, the Committee for Future Generations and the Committee for Buddhist Policies Development, will all be integrated and governed by the newly established main body from now on. The three key goals of the new institution for fundamental transformation of the Order include nurturing the Sangha communities to put the Buddha’s teachings into practice; reforming operation of Buddhist temples; and reforming Buddhist practice and renewing ideal principles of Buddhists.

The primary projects which will be conducted by the new organization are as follows:

-undertaking research on changes of future society and solutions based on Buddhist teachings;

-setting up future strategies and action plans of the Jogye Order by reflecting social phenomena and current issues;

-coming up with the solutions aiming at reconciliation of social conflicts and resolution of disputes;

-studying democratic decision making institutions and establishing an equal discussion platform opened to all members of the Order;

-undertaking a variety of research, study and publication work;