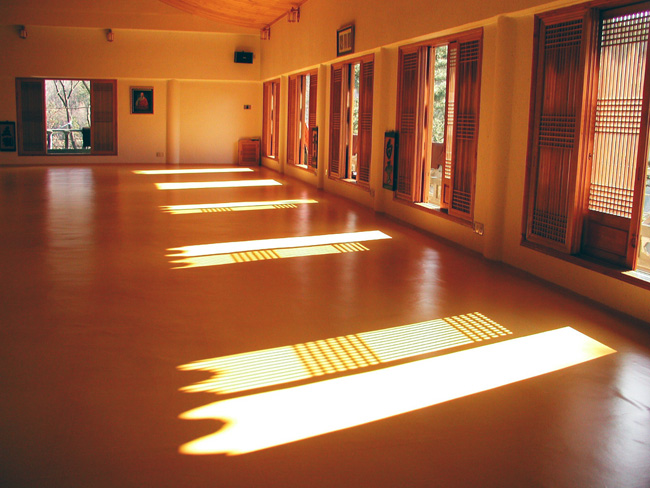 Last October 20, with the aggregation of Seon Guiding Teacher of a nation-wide meditation hall, virtuous behavior rule compilation committee carried out a starting ceremony and the first meeting was took place at Daegu Buddhism center.

Through an writing of an announcement to Buddha, the aggregation of Seon Guiding Teacher of a nation-wide meditation hall said, “Today, to follow a good traditional ascetic practices, Jogye order of Korean Buddhism tries to compile a Jogye order virtuous behavior rule of a meditation hall. ”, and “Right Dharma linage must be connected, and great wisdom have to be increased. So, from today’s meeting, we will do our best effort until everything will be free from the filth of modern life.”

In a greeting speech, Executive Director of Education, Cheonghwa sunim, said
“Practicing Seon is a mission of Jogye order of Korean Buddhism, and Meditation center is a holy place for practicing Seon.”
“Spirit of the Edificatory Rules of Baizhang(百丈清规), independence of Seon Buddhism, and completion of Seon practice foundation, will be succeeding. Also a great Buddhist service of establishing a union virtuous behavior in meditation halls will contribute to the promotion of Seon manners. ”

At a starting ceremony, almost 70 peoples, such as Seon Guiding Teachers of meditation hall, authorities, and the senior sunims, were participated. Everyone expressed sympathy with the necessity of establishing of a union virtuous behavior.