“Who is the chating Buddha” 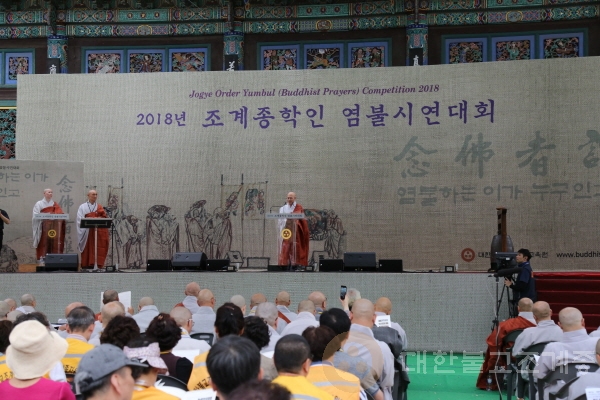 Acting President of Jogye Order Ven. Jinwoo stated in his remarks that, “this is a public event in which student monks contribute to the habituating, popularizing and socializing the practice of chanting by sharing the chants they studied with the audience. Along with the sound of the student monks chanting, I sincerely wish for everyone’s enlightenment.” 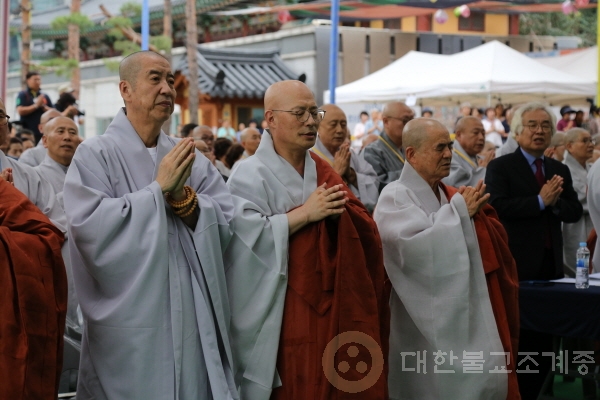 12 monks (6 for traditional and 6 for creative chanting), 8 teams (4 for traditional and 4 for creative chanting) who qualified to the main round competed for the grand prize. Grand prize for traditional chanting was presented to Ven. Hyuntae who chanted “Hwacheong”, for creative chanting was presented to Ven. Jeongryun who chanted the “Great Compassion Dharani”. Bongcheong Diamond Team of Unmunsa Temple and Team from Haeinsa Temple consisted of 10 student monks won the grand prize for the group criteria. The popularity award went to Unmun’s Priestling Sudhana Team of Unmunsa Temple and Hwaeom Apprentice Team of Bongnyeongsa Temple. The encouragement award went to Dongguk University Gyeongju Campus and Cheongam Sangha Unviersity. 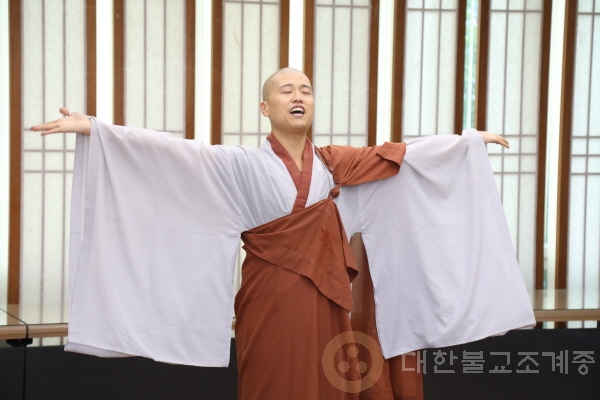 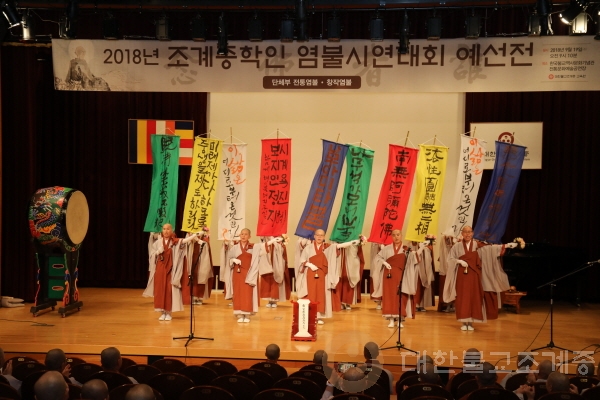 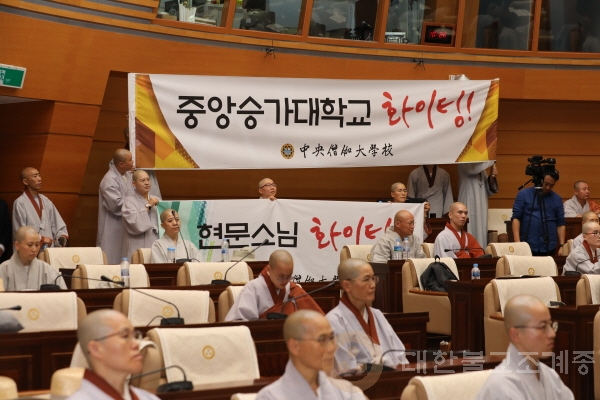 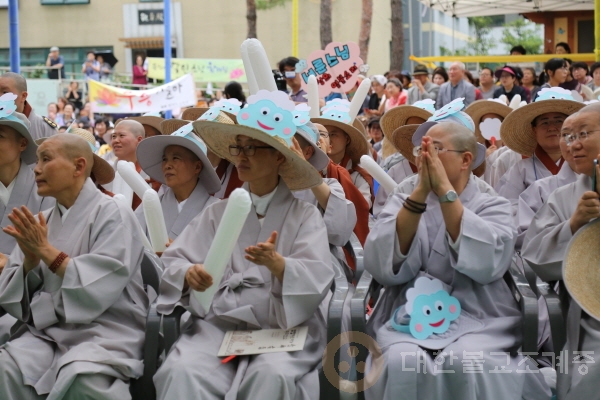 15 Basic Education Institutions of Jogye Order(Sangha Universities of Temples, Chungang Sangha University, Dongguk University (Seoul and Gyeongju Campus)) participated at the Chanting Contest. 40 monks for the individual criteria (25 for traditional and 15 for creative chanting), 21 teams for the group criteria (8 (118 monks) for traditional and 13 (119 monks) for creative chanting) participated at the contest

The chanting contest is to promote to the student monks the practice of chanting and provide them with understanding and pride in practicing various types of Buddhist rituals and to habituate the chanting practice as a means to practice and propagate Buddhism. Last of such event was held four years ago in 2014.