Bulgwang Seon Center in New York, USA (Ven. Hwigwang as the head of the Sangha) hosted a variety of New Year’s Eve events on December 31, 2018 to say farewell to 2018 and usher in an auspicious new year, including chanting ofSimyojanggudaedharani. Seon meditation, a game ofyut(a traditional board game) and the prize draw.

Then, the congregation moved to the main Dharma Hall where they cheered as they watched together on the big screen the famous ball drop, where the ball descends in Manhattan’s Times Square until it rests at exactly at midnight to signal the start of the new year. The ball drop was soon followed by the tolling of the Brahma Bell, as those who gathered around the bell made a wish for the new year.

The New Year’s eve events were preceded by a celebratory talent show and live performances after the Sunday Dharma ceremony on December 30, given by Kalavinka Choir and Bulgwang Dance Sport Team in order to wish an auspicious new year for each other. 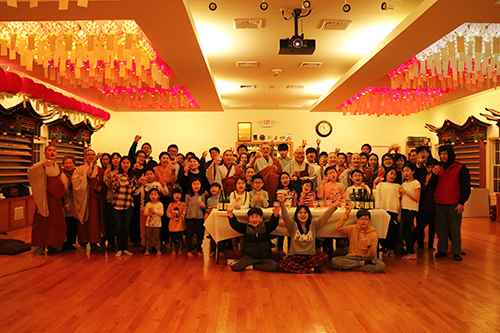 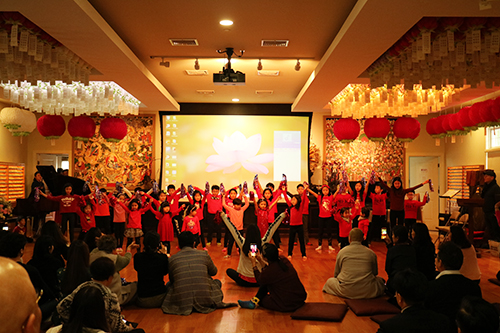 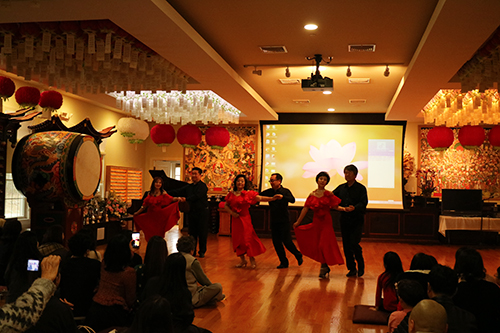 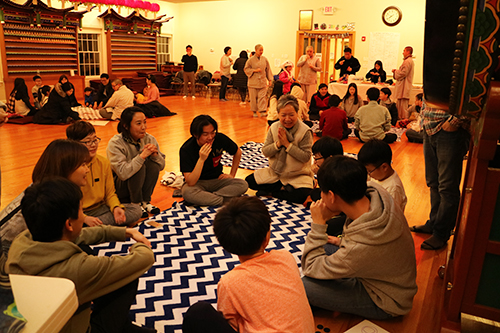 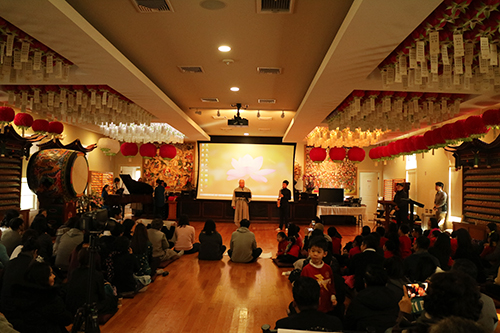 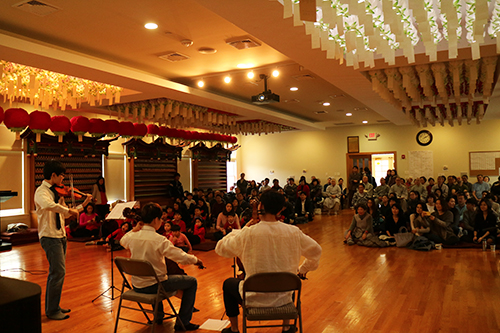