Congratulatory Event in Southern California to celebrate the New Year

Southern California Buddhist Temple Network, along with the Jogye Order Association and LA Buddhist Propagation Corps hosted a congratulatory event to celebrate the New Year at Goryeo-sa Temple in LA, California on January 13, 2019. Attended by sixteen venerables including Ven. Hyeonil, the chairman of the Jogye Order Association and two officials from Won Buddhism this year, the event is where the Buddhists residing in wide LA area come together to offer a New Year’s bow to monks and nuns every year.

The ceremony was enlivened by the performances that followed, where the traditional Korean singing and dancing were offered. The ceremony was concluded with everyone wishing all things bear fruitful results in the faith of the Buddha. 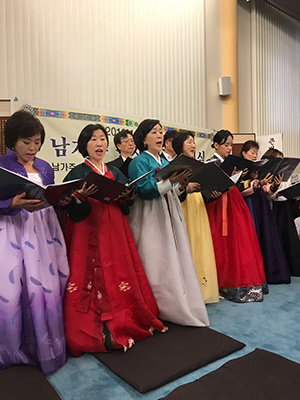