Special exhibits, art fairs, and international conferences on the theme of the wisdom for the sustainable lifestyle

Hosted by the Jogye Order of Korean Buddhism and co-organized by the Buddhist Daily and Bulgwang Media, 2021 Seoul International Buddhist Expo presents a variety of exhibitions, traditional Buddhist cultural merchandise market, art fairs, contests, and conferences on this year’s theme of ‘Green Life, the Wisdom for the Sustainable Lifestyle.’ Particularly notable is the conference organized under the banner of ‘The Green Future Buddhism,’ which will offer the monastics and laity the ideas and information on how to turn their temples and the surrounding areas more eco-friendly, practice green cycling of resources and survive the climate crisis.

One of the special exhibits this year introduces the culture, cuisine, and Buddhist goods from Bhutan, a Himalayan Buddhist kingdom that has continually been ranked as one of the happiest countries in the world. The traditional Buddhist cultural merchandise market features a wide range of booths offering handicrafts, architectural objects, food, teas, items used in rituals and ceremonies, clothing, upcycled goods, and many more. An entire spectrum of modern and traditional Buddhist arts is represented at the Buddhist art fair, from Buddhist statues and paintings to dancheong (traditional multicolored paintwork on wooden buildings). The Expo also promotes international exchanges by presenting to the public the traditional Buddhist culture from China, Taiwan, Japan, and Nepal.

Many auxiliary programs are also run on the side affiliated to the Expo, such as Buddha Stage, where renowned Buddhist monastics offer a relay of Dharma talks, cloud funding for the winner of the traditional handicraft contest, and the screening of the films on Buddhist cuisine and its recipes. 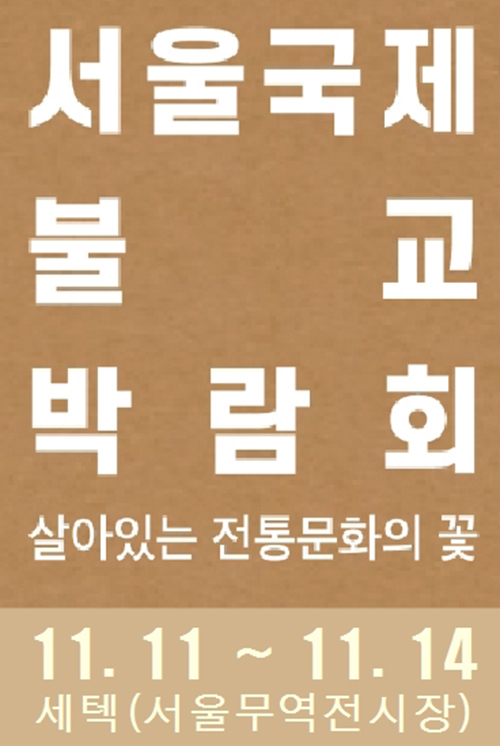