‘The Star of Pakistan’ Conferred on Most Ven. Wonhaeng

The Pakistani government awarded Most Venerable Wonhaeng, the president of Jogye Order of Korea with ‘Sitara-i-Pakistan.’ 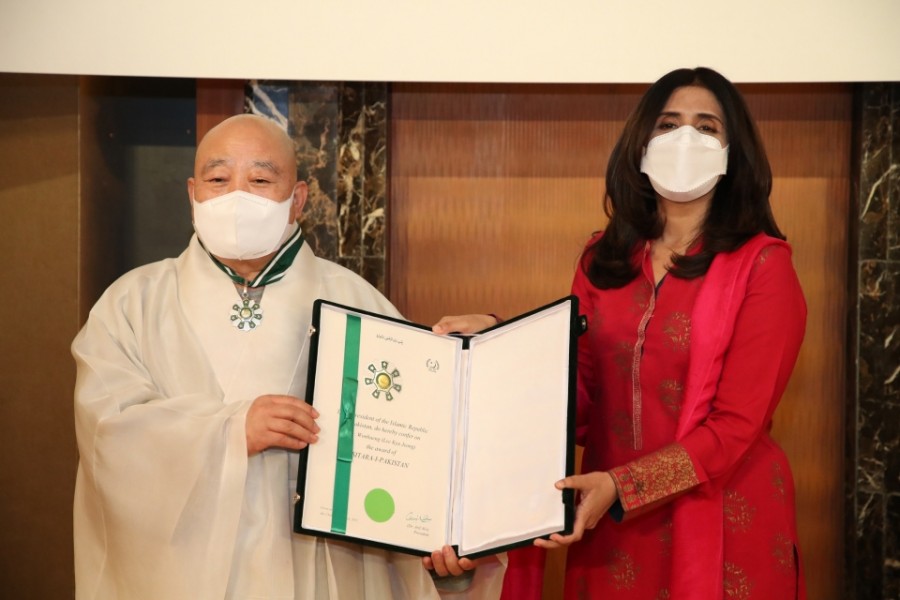 ‘The Star of Pakistan,’ a civil award by the government of Pakistan, was conferred on Most Ven. Wonhaeng in an investiture that took place on November 11, 2021, in Lotte Hotel, Seoul in recognition of his role in promoting world peace by strengthening the ties between Korea and Pakistan and improving inter-religious relations. Ambassador Mumtaz Zahra Baloch, as the representative of the Pakistani government, awarded him with the honor.

Most Ven. Wonhaeng, the president of the Jogye Order of Korean Buddhism, received from the Pakistani government a civil decoration in recognition of his contribution to promoting world peace and the friendship between Korea and Pakistan.

Marking 38 years of diplomatic ties between the two countries, the investiture of the ‘Sitara-i-Pakistan’ or the ‘Star of Pakistan’, took place on November 11, 2021, at Lotte Hotel in Seoul with H.E. Mumtaz Zahra Baloch, the ambassador of the Islamic Republic of Pakistan as the representative of her government and other guests present.

In his acceptance speech, Most Ven. Wonhaeng said,“Thanks to the courtesy of the Pakistani government, the Jogye Order delegation paid a state visit to Pakistan in 2019 and had unforgettable experiences of visiting ChotaLahor, the birthplace of Venerable Maranantha, who traveled from northern Pakistan and reached the ancient Kingdom of Baekje through the Eastern Jin in China, and brought Buddhism to Korea in 384.” He reminisced about this trip, saying,“Another memorable moment on this trip was when I found myself deeply moved in front of the Fasting Buddha at Lahore Museum.”

He kept describing the trip, “Everyone from the Jogye Order delegation was awed by the Buddhist cultural heritage we found in Pakistan, which, well preserved and protected, touched our hearts by reminding us of the time Buddha still lived and taught his followers.” And he thanked the Pakistani government saying, “I would like to take this opportunity to thank one more time the Pakistani government for its warm welcome back then, and for being a true guardian of the Buddhist cultural heritage your country inherited for all these years.” 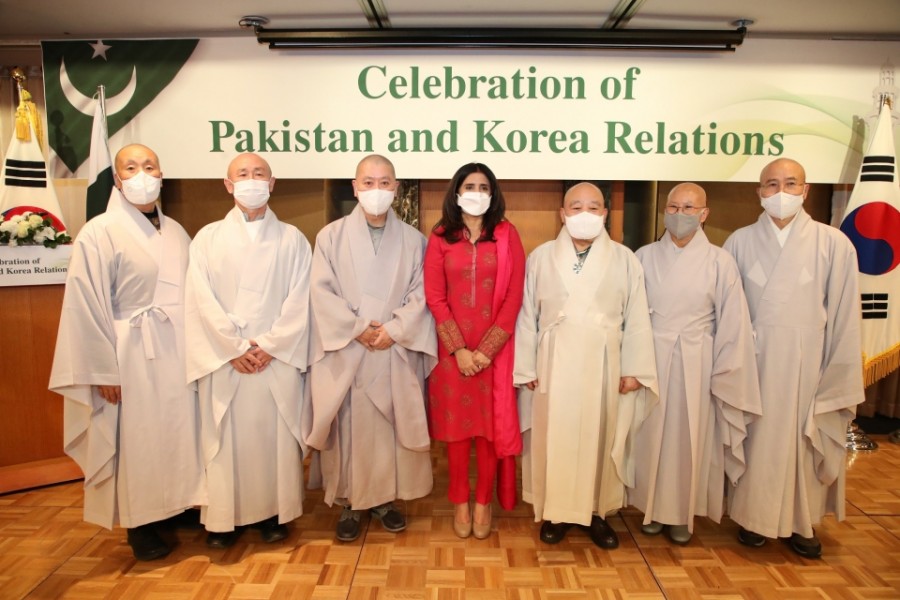 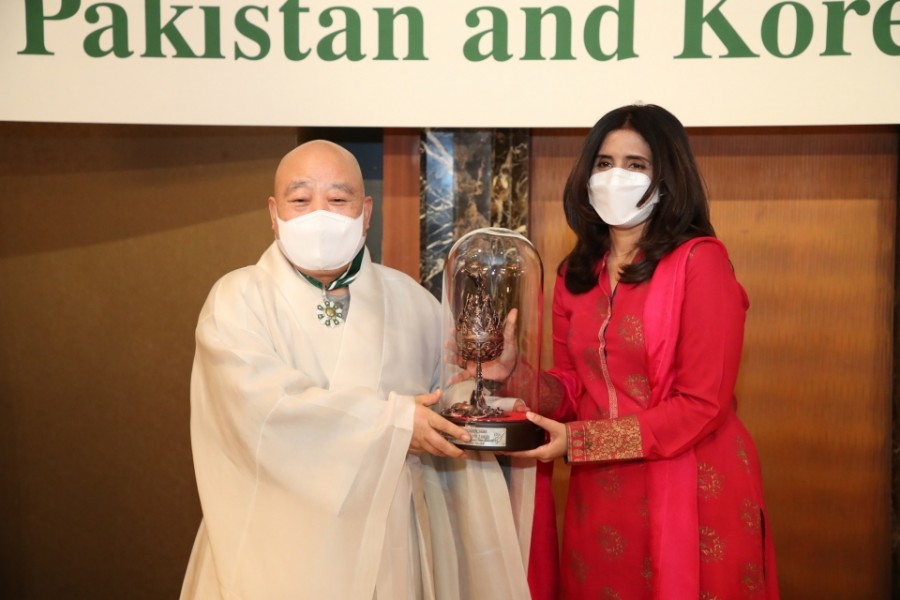 Most Ven. Wonhaeng delivering a gift to the Pakistani Ambassador to Seoul

Most Ven. Wonhaeng vowed, “I will do my best to lead the four-fold assembly of the Jogye Order of Korean Buddhism to serve as a bridge to improve and deepen the peace and friendship between Korea and Pakistan and promote bilateral cultural exchanges further.” And he concluded his remarks by saying, “I will pray for the peace and happiness of all the citizens of the two nations, and may the light of Buddha’s wisdom and compassion shine upon you all.” He also expressed his appreciation of his honor by delivering a gift to the Pakistani ambassador, a replica of Baekje’s Gilt Bronz Grand Incense Burner, the National Treasure No. 287. Ambassador Mumtaz Zahra Baloch, while conferring the honor on the president of the Jogye Order said, “He made great contrition to strengthening the already century-old ties between two countries and helped many Koreans to be interested in the Buddhist cultural heritage in Pakistan. In recognition of his contribution to Pakistan, I hereby confer the honor of the ‘Sitara-i-Pakistan’ on Most Ven. Wonhaeng on behalf of the President of the Islamic Republic of Pakistan,”Most Ven. Wonhaeng made a state visit to Pakistan from November 19 to 24 in 2019 leading a delegation made of over 40 people. The president of the Jogye Order and the Buddhist delegation journeyed through the religion which was a center of Mahayana Buddhism and flourishing Buddhist arts in a pilgrimage. Their itinerary included Lahore Museum, where the famous statue of the Fasting Buddha is housed. Most Ven. Wonhaeng also met with Imran Khan, Prime Minister of Pakistan, andMamnoon Hussain, the former President of Pakistan, and discussed a wide range of topics, including the measures on how to preserve and restore the Buddhist cultural heritage in Pakistan. The Jogye Order also donated 50,000 US dollars to Hundu Museum to be used for the restoration of Gandhara cultural heritage.