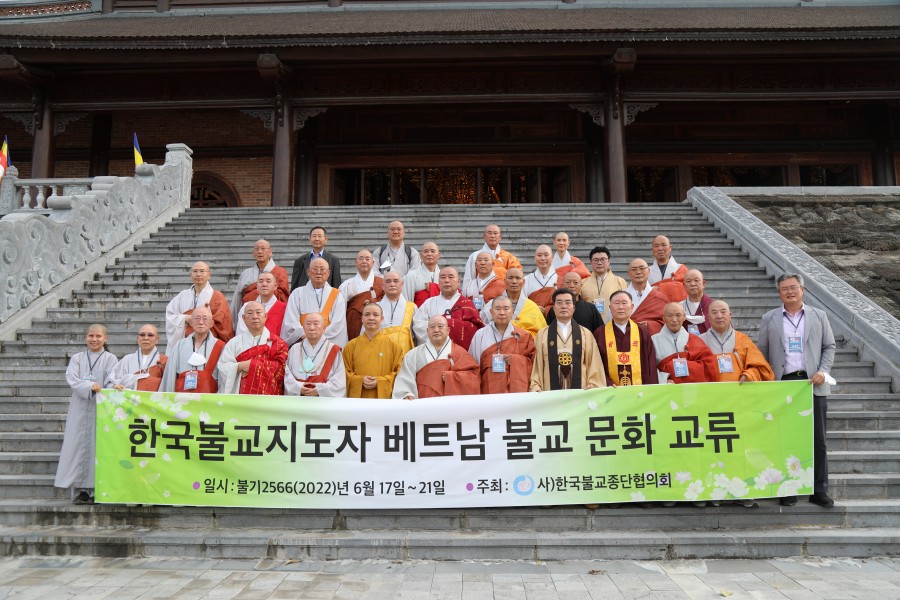 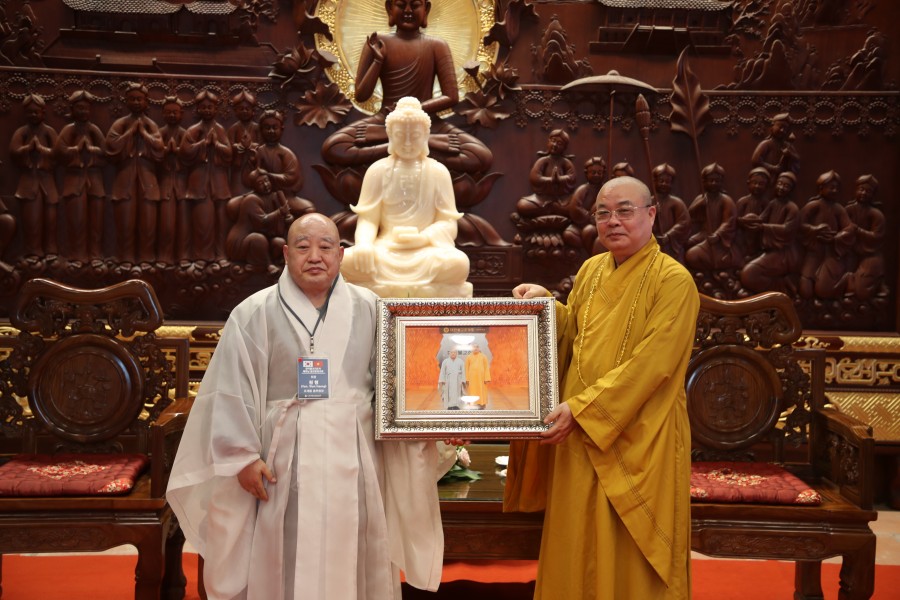 The Association of Korean Buddhist Orders (Chair: Most Ven. Wonhaeng, also the president of the Jogye Order of Korean Buddhism) resumed its international exchange initiatives which had been halted due to the COVID-19 pandemic. The delegation of the Association visited Vietnam from June 17~21, 2022, and learned about the Southeast Asian country’s history and Buddhism. They went to Tam Chuc Pagoda Complex, which is considered the largest Buddhist temple in the world, and had a meeting to exchange views with the representatives of the Vietnam Buddhist Sangha (VBS), the only Buddhist sangha recognized by the government. During the meeting, the Buddhist leaders of the two countries promised to foster friendship between the Buddhist communities of the two nations.

“We greatly appreciate the warm hospitality you have shown to the Korean monks and nuns who represent 30 major Buddhist orders in Korea,” said Most Ven. Wonhaeng on June 18 at Tam Chuc Pagoda Complex. “The world has long suffered from the COVID-19 pandemic, but it appears the worst may soon to be over. I hope we can invite all of you to Korea for the Buddha’s birthday celebration next year.”

“There are over 50,000 temples in Vietnam, 2,000 of which are traditional Buddhist temples with tens of thousands of monastics and lay congregations,” replied Most Ven. Thich Thanh Nhieu, the standing deputy president of the Standing Committee of the VBS’s Executive Council. “I have been deeply impressed by the Korean Seon Buddhist tradition, especially the Yeondeunghoe, the Lotus Lantern Festival,listed by UNESCO as an Intangible Cultural Heritage. The Yeondeunghoe has gone beyond a local religious event and today has grown into a truly global festival. If you invite us to join the festival, we will be honored and do our best to fulfill our part.”

On June 20, Ambassador Park, No-wan invited the Korean Buddhist leaders to the Korean Embassy in Hanoi and talked about how the Buddhist community can help improve bilateral relations between Korea and Vietnam. At the reception held in their honor at the Ambassador's residence, Ambassador Park suggested regular Buddhist pilgrimage and cultural exchange programs between the two countries, and Most Ven. Wonhaeng readily agreed. “Korean Buddhist orders have been already meeting regularly with our counterparts in China and Japan to foster goodwill. We believe it is high time to expand such interactions to include Southeast Asian Buddhism,” said the Chair of the Association of Korean Buddhist Orders. “We will continue to communicate with the Vietnam Buddhist leadership and make sure to invite them to the Yeondeunghoe next year. The Association of Korean Buddhist Orders will lay the foundation for furthering the relationship between Korean and Vietnamese Buddhism.”