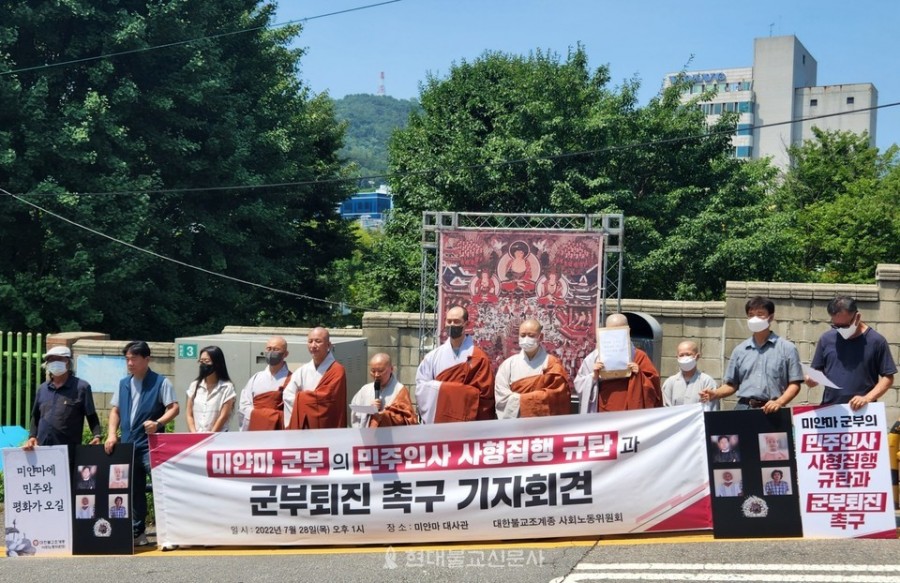 On July 28, the Social and Labor Affairs Committee of the Jogye Order (Chair: Ven. Jimong) held a press conference in front of the Myanmar embassy in Seoul, condemning Myanmar’s military junta for the executions and urging it to step down to restore the democratically elected government.

“These executions are the acts of utter cruelty, depriving the country of democracy and plunging it into a dark age,” said Ven. Gogeum, the vice-chair of the Social and Labor Affairs Committee. “We condemn these atrocities the junta committed against the activists as murders. The military must relinquish the power to the government lawfully elected by the people of Myanmar so that the peace of a smiling Buddha will be restored in the country.”

The venerables of the Social and Labor Affairs Committee of the Jogye Order and Korean human rights watchers concluded the press conference by delivering the official statement to the Myanmar embassy staff. The press conference was followed by a ceremony dedicated to those who lost their lives to this gross miscarriage of justice, praying for their rebirth in Amitabha’s Pure Land. 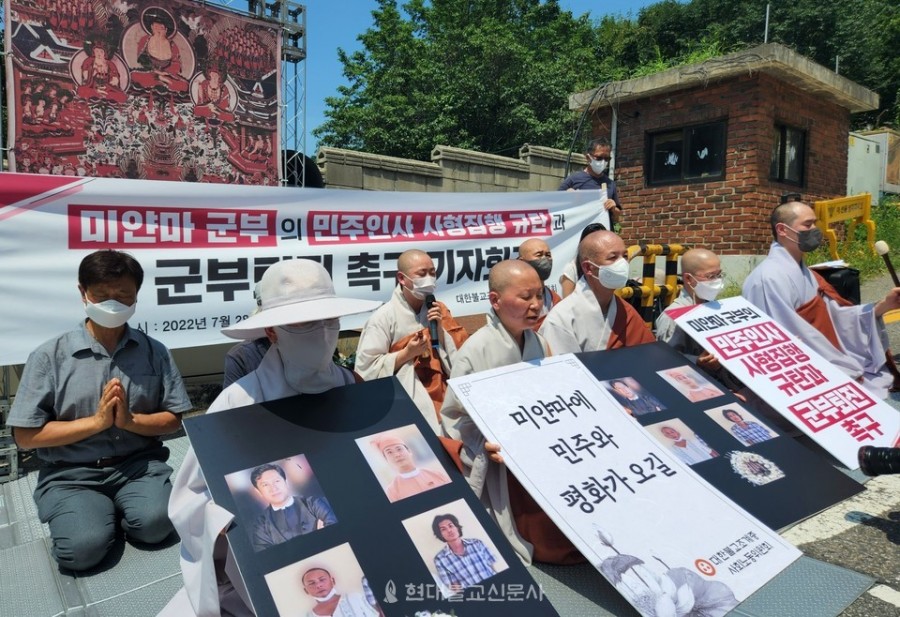 The Myanmar military regime’s media as well as western media reported that the executions were carried out for the 4 pro-democracy activists who had been sentenced to death, including Phyo Zeya Thaw, a former NLD (National League for Democracy) lawmaker Phyo Zeya Thaw and Kyaw Min Yu, a famous writer and considered one of the figureheads leading the democracy movement in Myanmar. The executions are highly controversial since the last death sentence the country carried out was 46 years ago in 1976.

The Social and Labor Affairs Committee of the Jogye Order has been actively involved in the protests against the military junta who has been committing reprehensible violence and repression since they took power through the coup d’etat. The committee has been staging prostration marches, prayer ceremonies, and press conferences calling for the immediate return of democracy to Myanmar, the nation of golden pagodas.