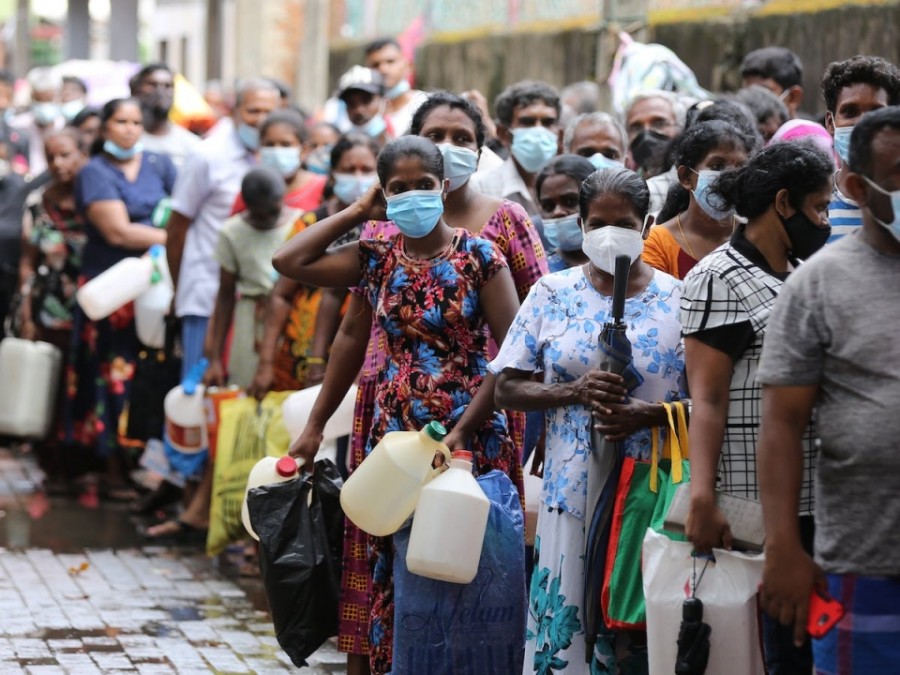 Dreaminus, the international humanitarian aid agency under the auspice of the Jogye Order of Korean Buddhism launched an emergency campaign on September 14, 2022, to raise money to send food aid to the people of Sri Lanka that defaulted on its debt for the first time in its history.

Sri Lanka is an island country located southeast of India. According to the records, Sakyamuni Buddha visited Sri Lanka three times in person to propagate Dharma to the country. The principal religion of Sri Lanka is still Buddhism which constitutes over 70% of the population.

But since Sri Lanka declared a state of emergency when the government was unable to meet its debt payments in April, the country has been mired in economic and social crisis, with Sri Lankans struggling with daily power cuts and shortages of basics such as fuel, food, and medicine. Huge queues of vehicles waiting for petrol and diesel have become a common sight, snaking around the city blocks with no end in sight. Prices have risen sharply, with inflation currently over 60%.

Dreaminus will run the emergency campaign to help Sri Lankans in economic crisis for three months. Donations will be used to deliver gift packages consisting of food essentials such as rice, lentils, and salt.

“A majority of Sri Lankans are fellow Buddhists,” said Ven. Ilhwa, the director of the standing committee of Dreaminus. “I encourage all of you to join in this campaign so that we can help our Dharma friends in Sri Lanka with at least some basic foodstuff.”

Individuals and temples can join the Dreaminus’s effort by wiring donations to: Nonghyeop Bank 301-0315-9664-31. It is a special account opened in Dreaminus’s name dedicated to the Sri Lankan Food Aid campaign.