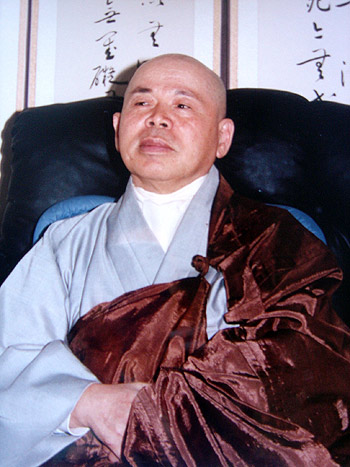 Venerable Beop-Ahn Sunim was born on July 10th, 1932 in Nam-won, Jeon-buk, Korea and his family name was Oh Yung bong. His dharma name is Beop-Ahn and his dharma appellation is Tae-Heo.
He was ordained at the age of 24 at Jik-Ji Sa Temple under the guidance of Ven. Kwan-Eung Sunim as his Beneficent (vocation) Master and preceptor.
He received his education at Jik-Ji Sa Temple’s Daegyo-kwa (The Great Teaching course), Jeon-buk University, Koryo University, and Dongguk University in Korea.
He was a member of Sutra Translation committee of Jogye Order of Korean Buddhism in 1963, was elected to serve as the Council member of Jogye Order of Korean Buddhism in 1969 and as a member of the Board of Directors of Korean Religion Association in 1970. He was elected as the Provost (Vice Chancellor) of Dongguk University in 1970.
Through the invitation of Professor Hall at Syracuse University, he came to the United States of America in March 1972. He studied Buddhism at Harvard University as a researcher in 1974 and received his M.A and Ph.D. degrees at New York University in the Department of religious Education in 1978 and 1988, respectively.
He is the founder of New York Won-Gak Sa Temple, the first Korean Buddhist temple in the United States, and served as the abbot of the temple in 1976.
Venerable Dr. Beop-Ahn Sunim taught a course titled “The Theory and Practice of Seon at the Humanity department of New School in New York, and founded Philadelphia Won-Gak Sa Temple in 1981.
He offered the following social services: He served as the President of Korean Religion Study Society in 1971 and as a trustee of Indian religion and Buddhism Association of Japan in 1972. He gave lectures on Seon Buddhism to Korean psychiatrists residing in Long Island, New York, and gave a lecture on Buddhism sponsored by Philadelphia Korean Society. He also served as a member of Advisory Trustees of Korean Religious thoughts at the Center of religions in New York State University from 1980 to 1982. 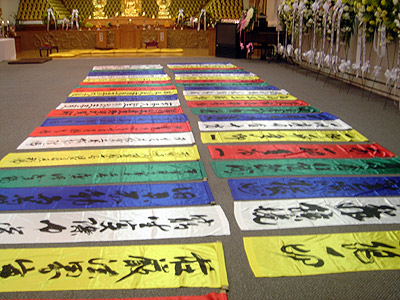 Philosophical studies of Mahayana Buddhism (thesis) in 1967, The Holy Book of Buddhism (joint editor) in 1972, Discourse on the Awakening of Faith in the Mahayana (translation) in 1973, The Study of Korean Culture (thesis) in 1979,
Treatise on Ten Approaches to the Reconciliation of Doctrinal Controversy (Ph.D. thesis) in 1988, The Education of Buddhism and Religious Pluralism in Korean Society (co-author of English version).
He published many other articles related to Korean Buddhism and culture in Korea, Japan and the United States and held his six famous calligraphic exhibitions in Seoul, New York city and Philadelphia. 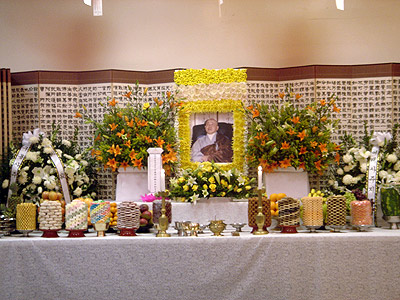 The speakers praised Ven. Beop-Ahn Sunim’s multi-talents not only in doctrinal studies and Seon Buddhism, but also his outstanding calligraphy and wrestling abilities. He was a prolific Buddhist teacher and demonstrated his unwavering determination of giving dharma talks and “Hal,” authoring valuable publications, offering counseling and leading the inter-faith dialogues.
The fourfold assembly gathered at New York Won-Gak Sa Temple will endeavor to continue Ven. Beop-Ahn Sunim’s legacy in gratitude for the blessings of associating and learning from the great paragon himself. All participants prayed for his fast re-birth in this samsara so that he will be able to complete his unfinished work and to save all the sentient beings.