Haeinsa Temple Janggyeong Panjeon, the Depositories
for the Tripitaka Koreana Woodblocks; Memory of the Worldwide

A description: Memory of the World?

‘Memory of the World’ is a registration system of UNESCO, which preserves world’s valuable documents and records world-widely.

Memory of the World has distinguishes itself from the World Heritage, one of the best product and wing of UNESCO that enacted in 1972.

World-widely valuable ancient manuscripts and data are the major target of Memory of the World. Further it’s oriented to include not only recorded materials such as books, news papers, and posters, but also intend to digitalized data such as screen images, audio materials, and video materials.

This organization also includes historical oral tradition that has been transmitted generation to generation, but which is not depicted in written form, the most popular and important traditional recording materials, as well as modern electronic recording tools, such as voice recording instruments, video tapes, and CDs etc.

Memory of the World has proposed own standards for registration of the documents that are follows: important materials which has greater influence on world wide culture and world history; materials which is played crucial role in the understanding of historically importance of dates or times, or reflects the times in its own unique way; and further those material contains social, cultural and spiritual values beyond the ethnic culture.

In additions to this, Memory of the World may accept the materials and data loaded with excellence in the degree of perfection or completeness, regardless of its standards. 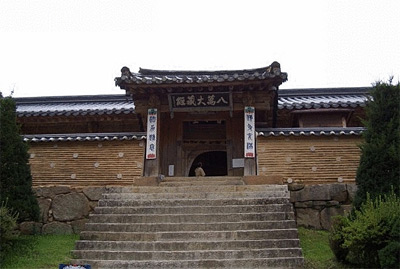 In respects of registered materials in the list of Memory of the World, UNESCO may provide subsidy and technical support for preservation and maintenance of scriptures.
Registered member has right to use Logo of UNESCO as symbol and thus lasting advertisement effects are followed.

Currently 102 subjects has recorded materials that’s belongs from 59 countries in the list of Memory of the World. Among them, Austria and Germany have recorded the largest subjects each with 9 materials.

With the registration of Koryo Tripitaka Boards with other Tripitak Boards and Chosun wangjo uigue, Korean has 6 Memory of the World presently.