The Whole World Is a Single Flower 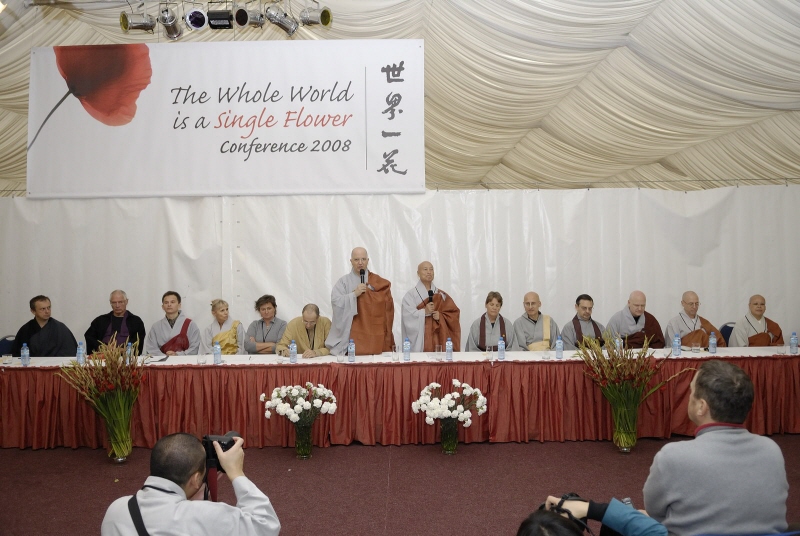 Last September, the seventh tri-annual “The Whole World Is a Single Flower” international Buddhist conference took place in Eastern Europe . Every three years the conference is hosted in a different country where Seon Master Seung Sahn’s teaching is alive, and has been practiced in one of his numerous Seon centers. In 2005, the conference was held in , and this year it crossed the globe to Warsaw, – a place where Seon Master Seung Sahn visited Europe for the first time more than 30 years ago.

Since then his teaching, in the form of the Kwan Um School of Seon, rapidly spread throughout the whole of Europe , as well as the rest of the world. Evidence for this is in the variety of countries from which the conference participants came -- not only from Europe, but also from and Asia . A significant segment of the group come from , both monastics and lay people mainly from Hwagyesa and Musangsa. For many of them it was a first trip to Europe, for some even first trip outside . Guests of honor were Seol Jeong Kunsunim and director of Hwagyesa temple, Soo Am Sunim.

On September 20th, the conference, which took place in a rented high-capacity tent on the grounds of the Platon Hotel, Warsaw , was opened by Seon Master Bon Shim, the head teacher of the Polish Sangha. She was one of the first students of Dae Seon Sa Nim Seung Sahn, who transmitted Dharma to her in 2005. Although a lay woman, she has devoted her whole life to Seon practice and life in a Seon center. The next speakers were other Seon teachers appointed by Seon Master Seung Sahn, as well as two representatives of Japanese Seon groups active in . They had also met Dae Seon Sa Nim and acknowledged that without his teaching and support their groups wouldn’t have existed. This is yet another example that Dae Seon Sa Nim never insisted that people follow only his teaching style, but without hindrance taught the way of pure practice and humanity, not depending on form, language, and nationality.

Another interesting highlight was the speech of a professor of a Warsaw university. With the words of a scientist she reached the same conclusion as a Seon Master, that is the need of self-understanding and of respect and help to other beings, because originally we are all one. She also outlined the development of interpersonal relationships in the history of various cultures.

The most impressive event for Europeans and Americans was the appearance of Seol Jeong Kunsunim. A Korean monk’s presence in the West is still rather rare, and people are eager to meet them and listen to their teaching. Not everyone has the chance to visit , and Korean Buddhism is still very little known in the West, although it is a bottomless treasure trove of wisdom and tradition. Therefore the Westerners are keen to learn more about it and make use of any opportunity for interaction. Buddhism in the West is still quite young, so everyone is aware that a connection to its Asian roots is not just an enrichment, but a necessity. Therefore Seol Jeong Kunsunim received in truth a hearty welcome and much respect.

Lunch time was a great opportunity not only to taste the Polish cuisine, but also to meet people from all corners of the world, share experiences and sample the one family – one beautiful flower of a world.

The afternoon was dedicated to a short introduction of international Seon centers by their members in entertaining means. This was followed by a presentation by the Warsaw Seon center of its construction plans for the future, for which the Seon center representatives received generous donations mainly from Korean laypeople, who in this way expressed their appreciation for the effort of Westerners to practice and spread Korean Buddhism.

In the evening there was a sightseeing tour around the beautiful historic sites of the Polish capital.

The second day of the conference, the events moved right onto the grounds of the Warsaw Seon center. For Koreans this was a valued (and for many also surprising) experience to see the way of Seon practice in the West. The main event on the program was a Dharma transmission ceremony for the abbot of Korean international Seon temple, Musangsa, Mu Shim Sunim, who thereby received the title Seon Master Dae Jin. The officiate of the transmission ceremony was Seon Master Dae Bong, who explained that the transmission had actually been given six years previously by Seon Master Seung Sahn himself. Proof of this lies in calligraphy by Seon Master Seung Sahn, but it wasn’t until now that it was the right time for a public ceremony. As it was a very significant event, Dae Jin Sunim received fervent appreciation from all Seon practitioners and teachers, as well as Seol Jeong Kunsunim. Congratulations, Dae Jin Seon Sa Nim, and thank you for your hard work and teaching!

The next event was a 30 year anniversary ceremony of the founding of the Kwan Um School of Seon in and congratulatory Dharma talks were given. But above all, people enjoyed the diverse company, visiting and laughing. The good mood was supported by the performance of the Hwagyesa laypersons group Ilhwahwe (meaning One Flower Association), who sang traditional Korean songs, but they also astonished the audience by singing a traditional Polish folk song. Many more Polish folk songs could be heard later in the evening, performed by a young Polish music group.

With this, the Warsaw  segment of the conference ended, but the program was not finished there. The next morning commenced a several-day trip through significant East-European cities. The first stop was made in the Polish city of Krakow , the home of the first Polish Sangha. In the vicinity of the town a visit to the former concentration camp Aushwitz-Birkenau was paid. Many Asian guests were not familiar with this name, but in Europe this site was the center of the Holocaust in World War II, still a powerful symbol of the violence and suffering of that time. It was an ineffable experience for everyone, all the more that among the visitors were also people of Jewish and German nationalities. It was the occasion for very interesting and touching discussions.

The next stop was the pearl of Middle Europe – Prague, the capital of the Czech Republic . One day was dedicated to the sightseeing of this lovely city, and the evening was dedicated to Dharma talks by a few of the Seon Masters participating in the tour. Many Czech practitioners, as well as members of public showed up. Meanwhile the Korean participants seized their opportunity to enjoy an organ concert in one of the most prominent Prague churches.

From Prague the journey led to to a place where the first European temple of the Kwan Um School of Seon is being built under the guidance of Chong An Sunim, another Dharma disciple of Dae Seon Sa Nim.

The location, chosen according to the principles of geomancy, lies in a beautiful valley of Pilis mountains near the northern border. The construction continues rather slowly owing to financial and legal issues, yet Won Kwang Sa has already hosted a three-month long meditation retreat Kyolche and a number of shorter events. Apart from professional workers, several volunteers from the whole of  Europe take part in the construction.

One of them is a member of Hungarian Sangha, who has been wearing brown haengja clothes for three years already and who devoted his life to the temple of Won Kwang Sa. Therefore the first item of the program was a Precepts Ceremony, where the haengjanim became Dok Hae Sunim within the Kwan Um School of Seon.

After a fantastic lunch was prepared in a makeshift kitchen by both Korean and European cooks, a Kwan Seum Bosal kido was held and more Dharma talks were given by the teachers present. The stay in Won Kwang Sa was concluded by a pleasurable stroll around the surrounding hills and meadows.

The conference’s last day’s activities included sightseeing at the Budapest Castle and a sightseeing boat tour on the mighty Danube river. The Whole World Is a Single Flower Conference left far and away a positive impression on all participants. Even though European countries are usually regarded as Christian, and therefore not favorable to Buddhism, the organization was practically flawless and admirably coped even with the large number of participants, to which European centers are not prepared for. This event was a unique opportunity not only for encountering the highest Dharma, but also for meeting Seon practitioners from other parts of the world, and thus personally experiencing the conference’s motto that THE WHOLE WORLD IS A SINGLE FLOWER.

In stillness not one thought, net even one dust.

Under the moon-light, a cast iron gate is opened.

Today’s Whole World Is a Single Flower gathering has only one Way:

Spring comes; the bright light of spring brings all flowers to bloom. 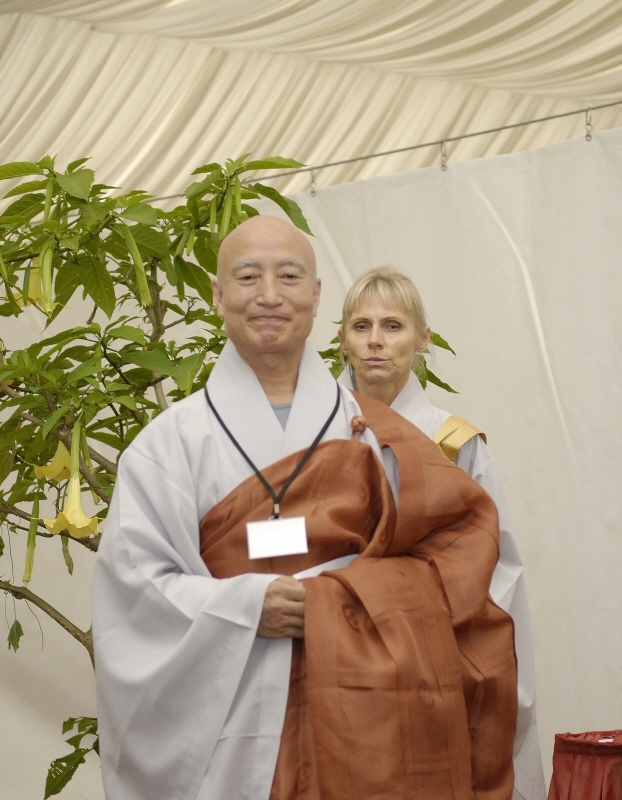 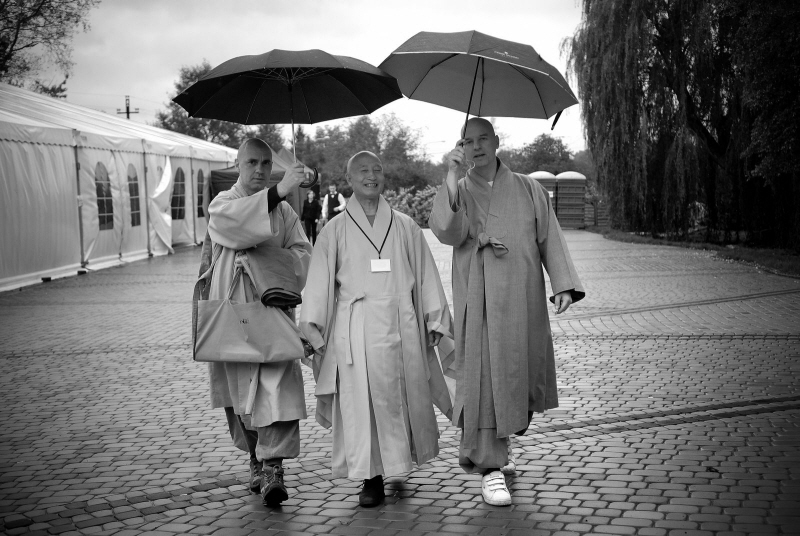 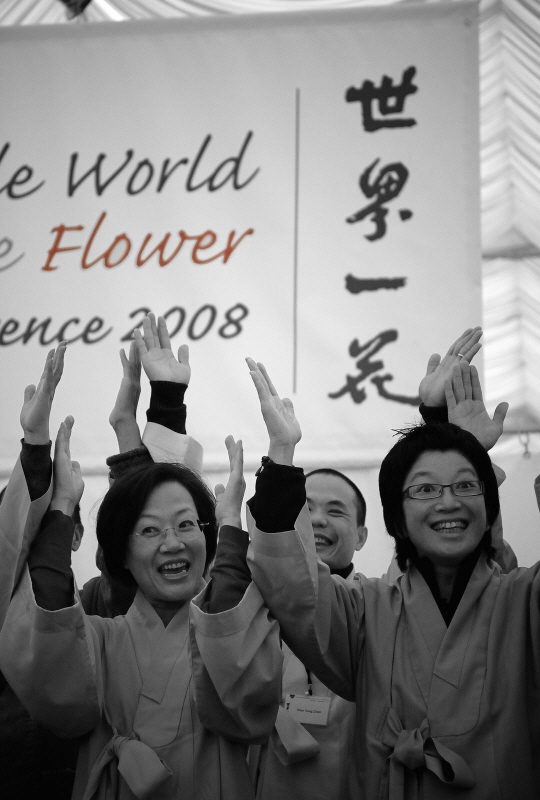 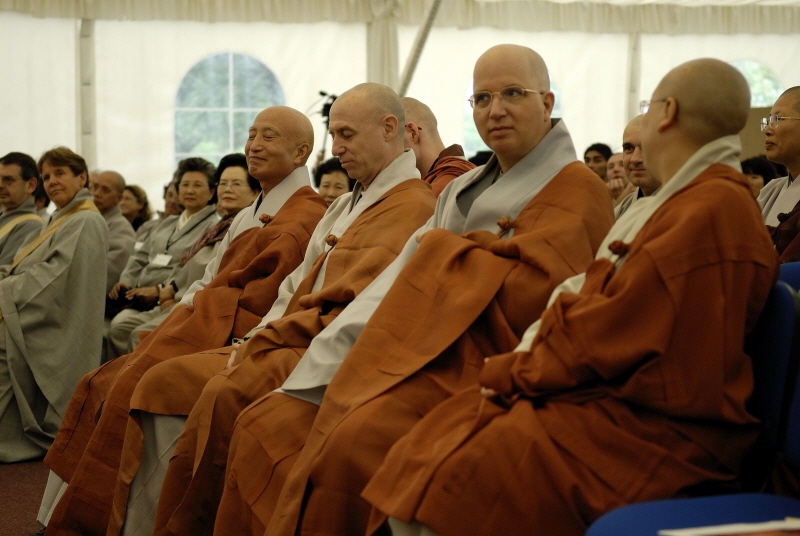 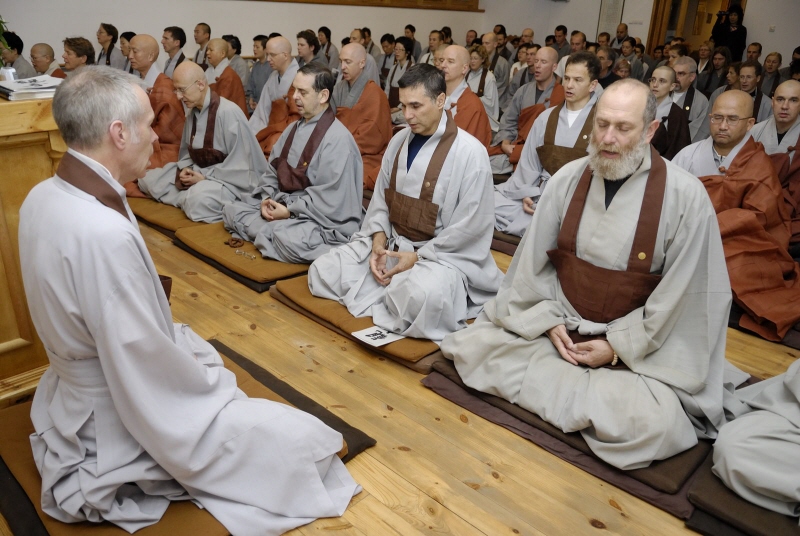