Soon after the inception of Buddhism in the sixth or fifth century B.C.E., the Buddha ordered his small band of monks to wander forth for the welfare and weal of the many, a command that initiated one of the greatest missionary movements in world religious history. But this account of a monolithic missionary movement spreading outward from the Buddhist homeland of India across the Asian continent is just one part of the story. The case of East Asian Buddhism suggests another tale, one in which the dominant eastward current of diffusion creates important eddies, or countercurrents, of influence that redound back toward the center. These countercurrents have had significant, even profound, impact on neighboring traditions. In East Asia perhaps the most important countercurrent of influence came from Korea, the focus of this volume. Korea was subject to many of the same forces that catalyzed the growth of Buddhism on the Chinese mainland, and Korean commentarial and scriptural writings (all composed in literary Chinese) sometimes had as significant an impact in the region as texts written in China proper. Any comprehensive description of the evolution of the broader Sinitic tradition of Buddhism must therefore thoroughly consider Korea’s contributions. This is the first book to explore in detail Korea’s integral role in the development of Buddhism both in China proper as well as throughout the broader East Asian region. The book’s introduction identifies the pervasive patterns of the influence of Korean Buddhism in China, Japan, and eventually even in regions as distant from the peninsula as Szechwan and Tibet. This is followed by chapters that examine the role played by the Paekche kingdom in introducing Buddhist material culture (especially monastic architecture) to Japan and the impact of Korean scholiasts on the creation of several distinctive features that eventually came to characterize Japanese Pure Land Buddhism. The lives and intellectual importance of the monks Sungnang (fl. ca. 490) and Wonch’uk (613-696) are reassessed, bringing to light their role in the development of early intellectual schools within Chinese Buddhism. Later chapters discuss the influential teachings of the semi-legendary master Musang (684-762), the patriarch of two of the earliest schools of Ch’an; the work of a dozen or so Korean monks active in the Chinese T’ien-t’ai tradition; and the Huiyin monastery, located in the heart of the Southern Song but having special ties with Korea through the prince-monk Uich’on (1055-1101). This illuminating and thought-provoking collection will be appreciated by scholars of Korean and Buddhist studies and will stimulate East Asia scholars in general to explore the roles played by non-Chinese East Asian peoples in the evolution of the region as a whole. 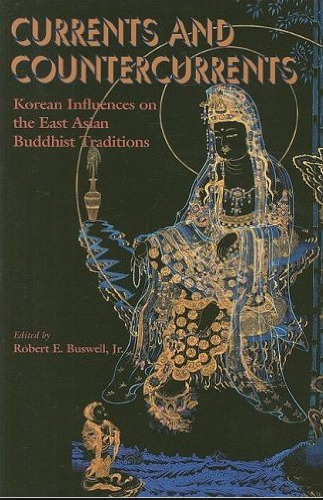