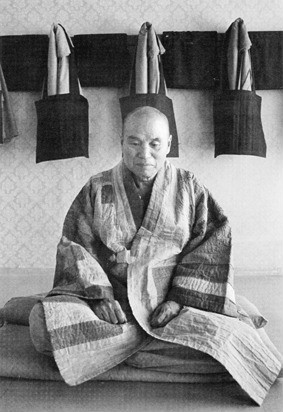 “If we follow the Buddha’s law and preach Buddha’s law with faithful heart, the lay practitioners will be reformed and they will cultivate faithful heart. Then, the monks will have to lead exemplary lives. "In the Heavens above and earth beneath, I alone am the Honored One." So, the monks will be the ones who live the most exemplary lives at the end. No matter whether we are happy or sad, we should always live with faith in Buddha pouring out from our sincere heart. I have often told the following story when living in Bongamsa Temple. If there is no way to make a living, it would be better to commit theft rather than selling off the Holy Buddha.”

First, the association at Bongamsa relinquished all that is not Buddhist from the dharma halls. Dharma halls only enshrined the students of Buddha. Kasaya and robes were also created anew. Primary colors were no longer used and the robes were unified to have only natural colors. They were in the same color and form of the Seon Master Jinul’s robe kept in Songgwangsa. The monks’ robes we see today were created then. This is why the robe is called Seon Master Jinul’s robe (보조장삼). It seems simple yet graceful. Artifacts of Seon Master Jinul were lost during the Korean War. If the robes were not recreated during the association at Bongamsa Temple, the modern day monks’ robes could have been in different shape and color.

New relations between monks and lay practitioners were set. Lay practitioners from then had to do three prostrations when meeting a monk. Ceremony for Bodhisattva precepts, which were stopped during Joseon Dynasty, were resumed.

All of these were kept and followed as the rules of monastic community. Though the contents of the rules were nothing new, the renewal of the ancient monastic code proposed a new road to eradicate the influence of Japanese imperialism with which Korean Buddhism had been deeply imbued. It is for the spirit of association at Bongamsa Temple and the rules of monastic community that the Jogye Order of Korean Buddhism could become the pure Buddhist order it is today.

The act of throwing the body of three karmas – of body, speech and thought - onto the floor is true repentance. If a person, who keeps his/her head raised to the world full of greed, anger and ignorance, prostrates, the egotistic attitude will disappear. Peace will come to the person who does prostrations.

“The reason why there were no great Seon teachers after Seon Master Jinul is because of <Golden Teachings on Mind Cultivation (수심결)> written by Seon Master Jinul. <Golden Teachings on Mind Cultivation (수심결)>’s discourse of sudden enlightenment-gradual cultivation causes sickness of knowledge attained from understanding and this becomes an obstacle to Seon practitioners who wish to study true practice. Once one gets sickness of knowledge attained from understanding, he/she cannot enter into Samadhi. The sickness is truly formidable as such. Breaking away from heretical teachings and protecting the true teachings, and breaking away from heretical teachings to enter into true teachings, those are compassion and the mission of Buddha’s students.”

“Seongcheol’s theory is sectarianism and sudden enlightenment-sudden cultivation is merely one of numerous theories for practice.”

“Discourse of sudden enlightenment-sudden cultivation is not a theory of practice but merely a definition of seeing the true-nature.”

“He is only relying on the fundamentalism regarding Hwadu practice.”

“Seongcheol has only quoted literature and quotations from biased sources.”

So, there began a heated debate regarding sudden and gradual in Korean Buddhism. The debate that initially arose in China during the 7th century is reignited thousand years later in Korea.

I also had a doubt about what is such a big deal whether it is gradual or sudden as long as one achieves the buddhahood. The deabte seemed out of point. However, the gradual-sudden debate actually is relevant to several issues when closely examined. It’s related to the issue of who is the founder (종조) and what is the main doctrine (종지) of Jogye Order. Because the debate is so heated, the arguments of both sides are also sharp.

Yet, there is a restraint in the debate because the debate is related to enlightenment and neither sides actually experienced it. In fact, Seon Master Jinul’s belief is shared by large portion of the Buddhist community.

As the author of the biography, I believe that there must be a significant circumstance under which Grand Seon Master Seongcheol decided to assert his belief. I came to a conclusion that Grand Seon Master Seongcheol was rebuking the monks using the discourse of sudden enlightenment-sudden cultivation as a tool. There is a similarity with Seon Master Jinul in that he asserted the discourse of sudden enlightenment-gradual cultivation to find harmony between practice (선) and practice (교).

The sudden-gradual debate was a refreshing wind to the 1600-year long history of Korean Buddhism. No one has posed ideological doubt to the tradition of the order until Grand Seon Master Seongcheol who made us reflect on who is the founder of the order and the patriarchal lineage with his Seon ideology. He has awaken Korean buddhism with a bamboo stick. Now, everyone who are researching on Seon Master Jinul’s ideology cannot evade examining the idea of sudden enlightenment-sudden cultivation. I believe that this was one of the main events that has brought a considerable advancement to development of Buddhist ideology and set a standard for reflecting on enlightenment.

IV. “Let’s take a good look at ourselves.”

“All of the truth are located within ourselves. One seeking for the truth outside of ourselves is one looking for water outside of the ocean. (……) Let’s take a good look at ourselves. We are originally pure gold. Because greed is covering our eyes of mind, the pure gold is mistaken to be scrap iron. Once greed disppears, the eyes of mind open up to see oneself as pure gold. (……) Buddha did not come to the earth to save the world. He rather came to teach us that the world has already been saved.”

When Buddha taught “In the Heavens above and earth beneath, I alone am the Honored One.(天上天下唯我獨尊)”, he did not mean that “I am the best and most precious out of all beings in the world.” He meant that all lives within the universe are absolute beings. It is a “declaration of dignity of all lives.” Grand Seon Master Seongcheol described it as the world in which there is nothing that is not included “I”, a world where altruism comes naturally.

Grand Seon Master Seongcheol also taught that there is no mention of “forgiveness” in Buddhism. Forgiveness is only possible when one believes that “I was right and you were wrong. Therefore, I, who was right, forgive you, who was wrong.” This is a statement that disdains the opponent. The statement that “Buddha nature of all sentient beings are equal (一切衆生 皆有佛性)” expresses that no one can be judged by the outward appearance and therefore can’t be rashly regarded as someone to be forgiven.

Right after having be awakened underneath the bodhi tree, Buddha looked around and spoke in admiration.

“Mysterious and mysterious! All sentient beings have wisdom and insight of a buddha, however they cannot realize it due to dualistic delusion.’

This quotation by Buddha marks the beginning of Buddhism. This is the biggest gift Buddha provided to the humanity. As seen above, Buddha was the first on the planet earth to declare that each individuals have infinite capabilities. Grand Seon Master praised these words as the biggest contribution by Buddha to the history of humanity.

Since humans have already transcended beyond the quintessence as a perfect and absolute being, there is nothing to transcend again. The reason for appearance of Buddha on earth is to tell the sentient beings that they are already buddhas. He wanted to say that all sentient beings are buddhas and the earth is the true pure land.

V. “Let’s pray for others and help them without them finding out.”

“Buddhism is to live the world backward. In the secular world, everyone tries to be in the center and hurt others for one’s own benefit. However, Buddhism teaches us to abandon one’s self to live for others.”

Truly awakened person is not a hermit practitioner or someone who shows his or her ability to perform miracles. Once the way is attained, one must love the sentient beings and guide them. This is the way to elevate oneself by aiming at the attainment of enlightenment (상구보리) and to emancipate all sentient beings from suffering (하화중생). In fact the “best teaching” or the main purpose of a religion is to teach us how to live for ohters.

However, it’s not easy to help others, not to mention in a way that they will not find out. True offering to Buddha is to help others and have no mark of such deeds in our mind. If there remains satisfaction or loftiness in our mind, then this is not the true deed of bodhisattva. Grand Master Seongcheol taught often as such.

“Why ruin such a charitable merit after helping others through sparing precious money and body?”

Bragging the charitable merit after having helped others was actually an act of fooling oneself. So, Grand Seon Master Seongcheol said “Do not fool yourself(不欺自心)”